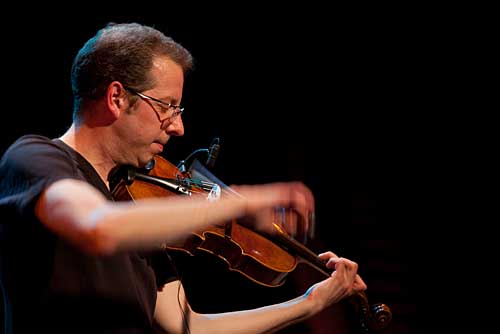 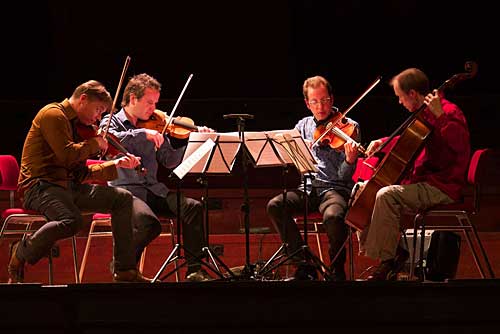 Composer / viola player Oene van Geel (1973) is a musical adventurer. Influenced by jazz, Indian music, chamber music and free improvisation, he uses his virtuoso improvisation skills and his talent for composition for a wide range of musical activities.

He has toured Europe, the Middle East, India, Japan, the United States and Canada.

As a player he is currently active with the following ensembles / bands: Estafest, The Nordanians, Haanstra & van Geel, in duo with pianist Philipp Rüttgers in duo with dancer Miri Lee and in trio with Goda Zukauskaite (dance) and Rob van den Broek (visual artist). In addition to playing with these formations, he is regularly invited as an improvising guest soloist. 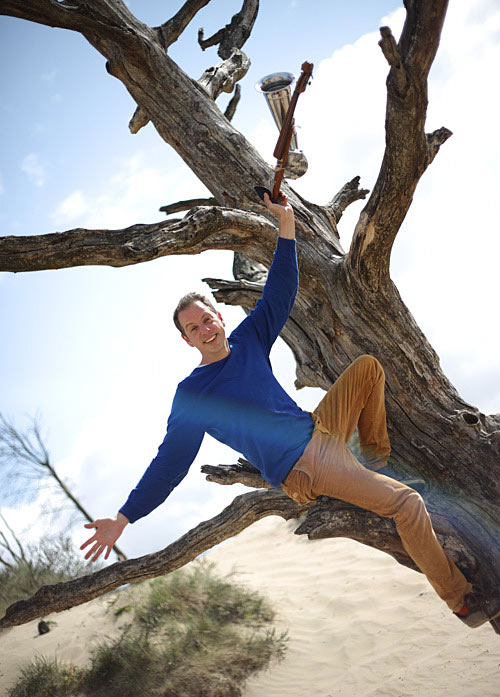 The combination of different disciplines is a fascinating working environment for Oene.

Oene has been a member of the Nieuw Geneco since December 2016.

If you have seen Van Geel play, you know his sparkling, enthusiastic way of playing is contagious. The VPRO / Boy Edgar Prize 2013 goes to an unorthodox and therefore excellent ambassador of jazz.

One of the Dutch participants is Oene van Geel, a true free spirit in jazz who looks beyond genres.

It was a breathtaking concert where Oene van Geel's The King's Son was the absolute highlight. This composition is a pearl, a lotus flower that floats on rippleless pond of the Indian king Vikamajita.

Van Geel's violin skills are a phenomenon. He plucks his instrument, plays it like a bass or as a guitar and he uses effects such as a wah-wah pedal. With him that is no gimmick, it is totally supporting the music. The violin player stands above his instrument and its tradition. Every subtle thought is translated into music. To improvise free from pre-fixed patterns is something only a few can do.

I know little about the young Dutch musician Oene van Geel, who plays viola on this record (Phonetics – Benoit Delbecq Unit), but he seems to be coming to his long lines from having studied Indian music. His improvised flow, with an unnervingly slow vibrato, is charismatic and powerful, even at very low volume.

... his Zapp String Quartet shows in Opener that mixing styles can lead to something beautiful. If Piazolla and Zappa would be on stage together it could have sounded like this…He also has an intense side as shown in Bela and Ig where the groove is not aiming to be danceable… Arvo en Jeff, a piece that has everything that music should have: length, depth and lots of soul.